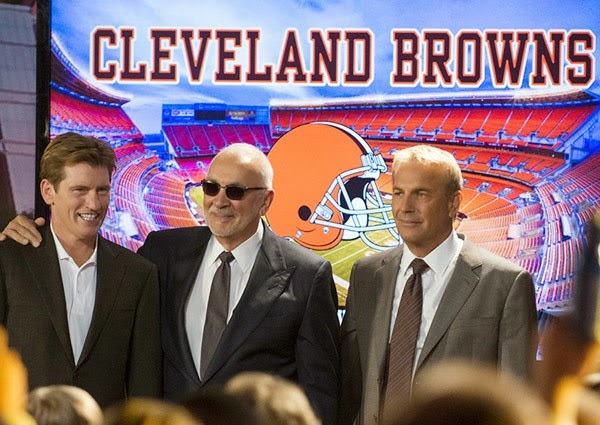 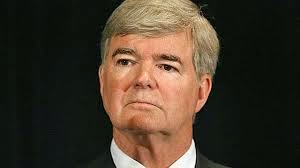 On Monday night, two teams, one representing the University of Connecticut and the other the University of Kentucky, played for the national championship of men’s college basketball.  It was an entertaining game throughout, hard fought, well defensed, filled with clutch shots and mostly thrilling action.  The outcome hardly mattered, except to partisans of both schools.  What mattered more, particularly to the NCAA which sponsored the game, was the spectacle of it all and the money it generated.

As the game unfolded no one gave a thought to whether or not the game was more or less entertaining simply because both programs involved had players who were essentially low paid professionals.  It didn’t matter at that moment.  It’s when the games end and the money is counted, the status of the players becomes paramount.

The central lie of the phrase student-athlete that the NCAA is that education isn’t even a by-product of the major college sports experience, let alone the focus.  Every player on the floor Monday night knew full well why he was there—because he had bartered his time and talents with a basketball for an education work around $40,000, all in, a year, at the school emblazoned on their jersey.  Most will be long gone before they can earn a four year degree.  It was never their intent.

It’s not a devil’s pact nor is there anything particularly underhanded about it.  In most respects it’s a rather mundane commercial transaction between those with talent and those who want that talent to further their own economic interests.

If colleges want to enhance their brand and reputations and meet their expanding budgets with dollars generated from sports, then that’s a choice they can and should make.  The boards of trustees that govern these schools make just those kinds of decisions every time they meet.  Sometimes they hire a professor because of his stature in that community and hope her presence can convince more high school students to come to their school.  Other times they approve capital budgets that include money for workout facilities, again with the hope that the investment pay off through increased tuition and donations.

Yet it’s these major sports like men’s football and basketball where the high minded among them start drawing arbitrary lines and concocting fictions that belie exactly what the eye can see.  Every fan, every faculty member, every college president, every trustee on every college board watching Kentucky’s freshman players well understood that most were there for the year because the NBA prevents them from playing in their league until they are out of high school for a year.  That didn’t stop them or anyone else from enjoying the game.  It didn’t cast a pall over the proceedings nor did it reduce its entertainment value.

And yet, and yet, the NCAA and its member schools continue to insist on trying to preserve a fiction that if it was ever useful certainly no longer is. It’s a fiction that benefits not the athletes in these kinds of games but the adults who benefit financially.

Exhibit 1 were the remarks by NCAA president Mark Emmert, delivered early this past Sunday morning.  Emmert like other NCAA presidents before him usually gives some sort of state of the institution speech before the national championship game so there wasn’t news in the fact that Emmert was speaking.  But what promised to be news was what Emmert would say with regard to the recent developments at Northwestern.  That Emmert chose Sunday morning, a deliberately sleep time of the day and week, was likely no accident.

Emmert claimed that the NCAA is well aware that college athletics is at a tipping point and that he and the handful of major conferences are working on a plan, the same plan they’ve been working on for 5 years now without anything to show for it.

Emmert also casually dismissed the idea of players unionizing and said that this wasn’t an answer to what supposedly ails the system.  Like all industries enjoying the benefits of a mostly unregulated market in the face of increasing calls to regulate, Emmert defended the NCAA and said it was best positioned to solve the problems it faces and not the courts and not the NLRB.  The fox always knows best how to guard the hen house.

Simon and Hatch’s column mostly parroted what Emmert had to say.  It shed a bit more light on the NCAA’s thinking but barely and even that those thoughts were badly buried by the organization’s key talking points: unions are bad.  That of course fits nicely with the Wall Street Journal’s editorial philosophy so it’s no surprise that it was the hook.

Simon and Hatch spent some time reminding us that most of the money generated by the NCAA goes back into the product in the form of scholarships and other support to student-athletes.  They also reminded us that only a small percentage of those in the major sports of basketball and football go on to pro careers and that the NCAA is not just about supporting them but all the others involved in non-revenue sports.

All true, of course, but so what?  That’s just an argument as to why the NCAA deserves the biggest cut of the pie.  It’s not an argument as to why the laborers shouldn’t get their taste.  Even Simon and Hatch couldn’t sustain the premise.  They said in very non specific ways that they are working on things, lots of things, like finding a way to limit the amount of time Division I athletes spend on their sport, keeping them healthy and giving them a little more money to reflect the real costs of spending a year in school.  They didn’t say that they are looking to actually pay them unencumbered cash.  They didn’t have to because they won’t.

That Simon and Hatch and Emmert and others at the major conferences recognize the problem is probably a good thing.  That they can’t ever seem to find consensus is a bad thing, for them.  No one on any NCAA committee wants to deal with a solution forced by the point of a bayonet, to paraphrase Hootie Johnson.  But it’s what they will get as sure as the Republican-controlled House of Representatives passes another bill to repeal the Affordable Care Act that has no chance of being enacted.

You don’t need to be a legal scholar to understand that the NCAA’s way of doing business is under siege or why that’s the case.

If history teaches us anything, and it teaches us everything, it’s that any economic system in which all the advantage goes to a select few at the expense of those whose labors drive that advantage won’t just fail but will be toppled by an uprising.  The NCAA and its member schools have created an economy that depends almost entirely on the stupidity of those supplying the services, which is what makes the actions of smarty pants at Northwestern seeking the legal status of a union so deliciously ironic.  They used the education that the NCAA provided to them against them.

The reason that the NCAA and its member schools cannot seem to come up with a workable plan is because they can’t seem to adequately define the problem or, more accurately, define their objectives.  Where the students and those pushing them want a greater share of the pie for themselves, the NCAA and its schools are almost singularly focused on preserving the notion of the “student athlete” not as a mean to protect those who toil but in order to preserve the biggest slice of the pie for themselves.

But this isn’t going away without a solution that works for now and for the foreseeable future.  The NCAA can’t afford to let perfect be the enemy of good even as they toil for years for a solution they don’t want.  There are solutions in which the schools that generate the billions give something more tangible back to the players that generated those billions.

In purely economic terms, this really is a question of whether or not the players in Monday night’s game deserve more for their efforts than the $40,000 worth of education they’ve received this academic year. This is the point that should be debated and the one around which solutions should be crafted.  Instead the NCAA changes the conversation because the tougher problem, crafting workable solutions, simply isn’t in their economic interest.

As we repeatedly learn from John Calipari at Kentucky, and really from many, many others in both basketball and football, the players aren’t that interested in the intrinsic value of an education as their compensation.  Maybe if or when most wash out of a pro career they’ll reevaluate their priorities and decide that an education might hold the key to their long term futures.  But telling young kids to be patient or to trust the adults in the room that have taken advantage of them for so long isn’t an answer that they want to hear or that would work in any event.

What the NCAA misses in that strategy is that it’s not just the players that are impacted, but the sponsors, the networks and, finally, the fans as well.  All understand full well the implications and can see the future and know that if this problem doesn’t get fixed it becomes the metastasizing cancer that kills the patient.

The biggest tragedy that will befall college sports is not that players in some sports will get a cut of the money they’ve helped generate.  It’s that there will be no money to divide because rather than serve the patient they let it die instead.
Posted by Gary Benz at 9:39 PM No comments: Links to this post